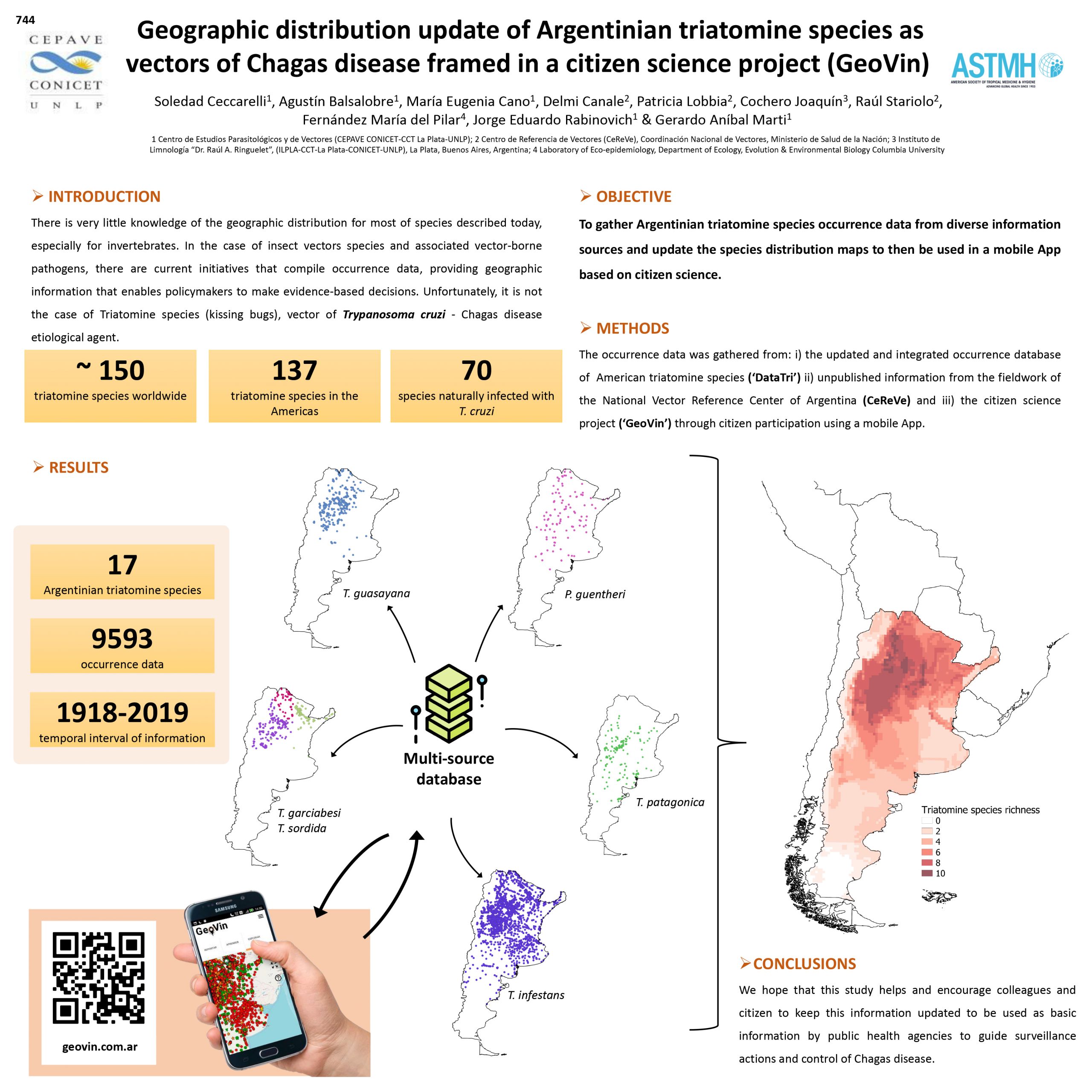 Resumen:
The Wallacean Shortfall phenomenon indicates that there is very little knowledge of the geographic distribution for the vast majority of the species described today, especially for invertebrates. In the case of insect vectors species and associated vector-borne pathogens, there are current initiatives that compile occurrence data, providing geographic information that enables policymakers to make evidence-based decisions. Other vector species are often sparsely recorded and there are few globally comprehensive sets of primary data compiled. Such is the case of triatomine species (Reduviidae: Triatominae), vector of Trypanosoma cruzi – Chagas disease etiological agent. Currently, there are about 150 species described worldwide for the Triatominae subfamily, 137 species distributed in the Americas, and 17 species cited for Argentina. Although all species are considered as potential vectors, around 70 species have been found naturally infected with this parasite. Beyond the “Atlas of the Tratominae” published by Carcavallo et al. (1998), no work carried out a full integration of the existing geographic information of Argentinian triatomine species, as some successful efforts completed in other Latin American countries. Recently, an updated and integrated occurrence database of 135 American triatomine species called ‘DataTri’ was published. Additionally, for the last 15 years, the National Vector Reference Center of Argentina (CeReVe) has been compiling occurrence data during their own fieldwork, which has remained unpublished. Finally, a citizen science project called ‘GeoVin’ was developed to gather occurrence data of Argentinian triatomine species through citizen participation using a mobile app. Here we report a multi-source database of distributional records for all Argentinian triatomine species. A total of 9593 occurrence data were collected between 1918-2019. We hope that this study helps and encourage colleagues and citizen to keep this information updated that can be used as basic information by public health agencies to guide surveillance actions and control of Chagas disease.